This award winning innovative family oriented healthy restaurant concept is a first of its kind and has national corporate and franchise growth potential. The concept’s two organic gourmet menus, one designed for parents that includes a beer and wine offering, and another designed for children, coupled with the unique entertainment and themed events that cater to children, have resulted in the concept being named as the first choice for family restaurants in Los Angeles in several categories. This opportunity’s locations have been established to be the first of many corporate owned locations in what is envisioned to become a national and international network of franchisees and licensees.


The concept restaurants are located in some of Los Angeles’s most prominent retail destinations. The signature spaces boast a sizeable 5,000+ square foot footprint and lease for between $12,500 and $22,000 per month. The company’s assets and goodwill will be included in the sale, as well as its stellar executive management team and the research and development that have been invested in order to establish this innovative brand as a national organization.


Competition exists on different levels in the different service categories, but this concept remains unparalleled in its particular category. This not only carries a first mover advantage in it competitive set, but it is the only one that possesses its attributes.


New operators may take this brand and its established infrastructure in any number of directions. At present, several highly sought after flagship type of locations are available for corporate or investor operated venue openings in the Pacific Northwest and on the West Coast. Some of the nation’s best known landlords across the county have expressed interest in hosting their own location, while many investor candidates have indicated a strong interest in becoming licensees or franchisees. Management is at a crossroads as to which direction to take this unique opportunity that is poised to become a national brand. One the one hand the concept may be scaled via the establishment of a national or international licensee or franchise network. Alternately, well-controlled corporate growth may be readily achieved with existing in-house resources. Either scenario can be coupled with the additional revenue drivers the firm has at its disposal. This includes the company’s ability to market branded merchandise not only in its locations, but also at top tier retail outlets. Merchandising may include children’s apparel, toys, coloring books, stickers, accessories, furniture and even drinkware and snack cups. In developing these revenue streams the brand may leverage its unparalleled press, brand ambassadors and celebrity endorsements. 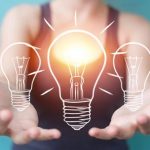 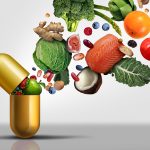