Asset purchases generally work best when the buyers are interested in just select assets of the target company, such as certain intellectual property (e.g., patents). If the buyer is not worried about the company continuing as a going concern, an asset purchase is probably the best approach. The seller in an asset purchase transaction must take care to ensure it receives adequate consideration to pay for any future liabilities. What’s more, the taxable income the company receives may be subject to double-taxation in a C-Corporation, both at the company level and then at the shareholder level, when the proceeds from the sale have been distributed.

Generally, when pieces of a company are sold, the price will be lower than when the whole business is sold as a going concern. However, buyers sometimes choose an asset purchase arrangement even if wanting to keep the company as a going concern, but are especially concerned about acquiring unknown or contingent liabilities. Also, an asset purchase could be more difficult where there are a high number of contracts with third parties whose approval would be required to transfer those contracts to the buyer.

A stock purchase generally works best when the purchaser wishes to get the target entity as a going concern, and there are few shareholders. Negotiations are more simple when there are fewer parties involved, and holdouts are less likely. Buyers will prefer to obtain all of the outstanding stock of the target company if possible. Whenever there are minority shareholders who do not agree to sell, the buyer can approve a merger following the purchase, although as mentioned above, this can trigger appraisal rights. Sellers will normally favor the tax treatment of a stock purchase, while buyers will prefer the transaction be taxed as an asset purchase. As mentioned above, it might be possible to classify a stock purchase as an asset purchase for tax purposes by filing a special tax election, thereby affording the seller and the buyer the best of both worlds.

A merger generally works well when there are multiple shareholders in a target company that a buyer wants to acquire as a going concern. Instead of having to negotiate with multiple shareholders, once a vast majority of the shareholders agree to the transaction, the purchaser can be sure of having control of their business going forward. In a reverse triangular merger, buyers may maintain limited liability, by separating the target company in a wholly-owned subsidiary, obtain all the assets by operation of law, and generally avoid having to acquire third-party consents.

What sorts of laws give rise to the differences between the three acquisition types?

M&A is largely a creature of the laws of this state where the provider is incorporated/formed; however, tax laws affect the analysis significantly as well. By way of example, the Delaware general corporation law (“DGCL”) governs asset sales, stock sales and mergers for all acquisitions of Delaware corporations. The business and legal terms of an acquisition will be negotiated and agreed between the parties, but the underlying state law provides a framework for, and the basic requirements of, how each of these transactions must be conducted. The essential features of each deal type are a function of state law also. By way of instance, the DGCL has separate sections of its code handling asset sales, stock sales and mergers. Federal tax laws also weigh on the determination of whether the parties decide to enter into an asset sale, stock sale or merger, as mentioned above.

The reasons a company decides to market itself for a sale are as diverse as the reasons for starting a business. Family-owned companies are often sold because nobody in the younger generations wants to keep in the business. Some disruptive technology firms were founded with the intention of being obtained by rivals or partners. In VC- or angel-backed companies, the shareholders may see a chance to realize a return on their investment and encourage the directors to advertise the company. Founders may desire to pursue new business ventures, and thus want to divest and begin a new project. In some instances, a company might not be actively considering selling when it is approached by an investment banker or even by a possible purchaser directly. Because of their duty to act in the best interest of the company and its shareholders, boards of directors must carefully consider even unsolicited offers.

A buyer’s reason for targeting a business for acquisition could be equally varied. The goal may have developed a market into which the buyer wishes to expand, whether or not a geographic expansion, price point, customer base, or a new product. The target may have disruptive technology which the purchaser believes would be valuable to its business operations. Often bigger businesses can maximize the efficiency of a smaller concern or make other synergies by in-housing administrative or other functions that otherwise eat away at profits of smaller businesses. A buyer may also try to literally buy market share by purchasing a competitor.

No matter the motivations from the purchaser or the seller’s side, the greatest driver for an acquisition is cost. A seller wants to realize a return on investment (as that term is used in the broadest sense), and a buyer wishes to realize value in the long run through the target’s business or assets.

Ultimately, we would assert that M&A is the culmination of capitalism, as analysts (founders, investors, workers, etc.) attempt to realize a return on their investment and reinvest those funds back into the economy at large. 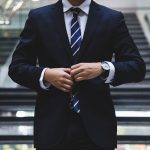 The difference between a Merger and an AcquisitionArticles & Blog